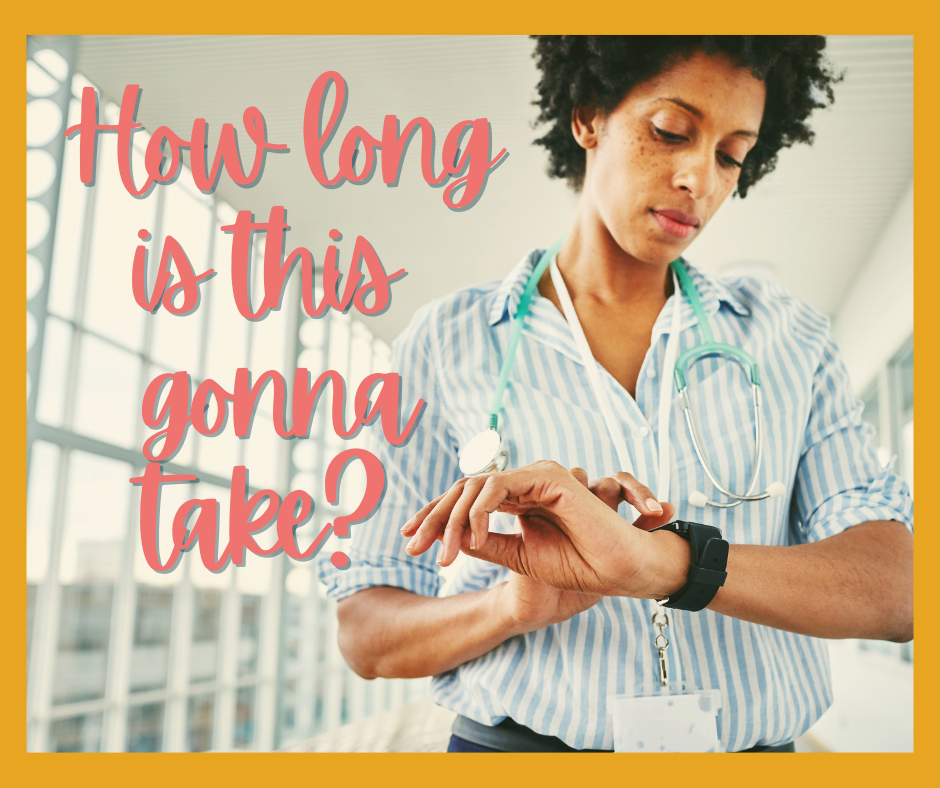 How Long Is This Going To Take?

As a surgeon, I bet I’ve been asked this question a thousand or more times, whether it was relating to the length of a particular post-Mohs reconstruction, the time frame for tissue processing in the Mohs lab, or even time frame for wound healing.

But I’ve never considered asking this question in relation to decision making.

Truth is: making a decision

happens in an instant.

So why does the whole process seem to drag on and on?

After you make the decision, the time clock keeps running as you spend time judging yourself or blaming circumstances around you when the decision doesn’t seem to turn out like you wanted. Because you think that over-analyzing the whole process, judging the actions you took, and blaming others for the results you experience will lead to better decisions in the future. Again: false

That’s because time doesn’t have anything

to do with whether or not a decision

will result in a favorable outcome.

I totally get it. I was the queen of the prolonged decision making process. It took me over two years to decide to sell my medical practice. I was thinking that giving the decision more time to play itself out was a good thing. And then I spent 5 years overanalyzing the decision and fighting against the reality of my decision. But all that time didn’t seem to make the results any better.

I’ve since learned a few key steps to save time and energy in the decision making process. It starts with fueling the before and after processes with different emotions than the ones you’ve been habitually relying on. Instead of making a decision from uncertainty, doubt, or fear, how about fueling productive decision making with emotions like: focused, determined, open-minded, confident and engaged?

And if you’re spending more time than you’ve budgeted after you’ve made your decision, being fueled and filled with emotions like anger, resentment, regret, shame, or hopelessness (all of which generate actions like judging and blaming yourself and others), consider what actions would (and wouldn’t!) be fueled by emotions like curiosity, supportive, encouraged, knowledgeable and experienced.

Instead of spending (aka: wasting) too much time with unproductive decision making habits, decide which alternate emotions will help you get better results from your decisions.

Old habits may die hard. But no worries: decision making is exactly what I coach on, and I can help you make your next decision the right one. Schedule a free consult with me if you want to find out how.